I dug around and found some old footage of our Dojo Member Corey running some lock-flow drills. These are mainly training tools, not contiguous fighting techniques.
Posted by Dojo Rat at 10:00 AM 1 comment: 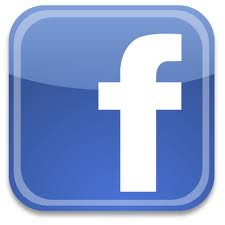 People have a love-hate relationship with Facebook, which I refer to as "Faceplant".

Friends and family I know live their lives on Facebook, something I refuse to do. Now, I realize that the Dojo Rat Blog details aspects of my life, but these are just little tidbits of eternity. I don't get up in the morning and type in what kind of tea I am drinking. I don't complain about work on Facebook. I don't play farm or mobster games with strangers on Facebook. In fact, I can't remember the last time I checked the Dojo Rat page on Facebook at all.

People are willingly giving their lives over to researchers and advertisers by posting the most intimate details of their lives in a public forum, a dream come true for commercial marketing as well as Government snoops.
Lately I have noticed that I am being tracked on random websites just because Dojo Rat has a Facebook account.

That being said, there are some very valuable aspects of the "Facebook Revolutions".
The Arab Spring was organized on Facebook. Authoritarian countries like China try to block it's use in some cases. In a very real way, social networking like Facebook has allowed oppressed people all over the world to rally against "The Man".

So it was no surprise to see a controversy as Facebook released it's "initial public offering" or "IPO" for publicly traded stock.
Forbes explains the much-awaited IPO release:

"Shares of Facebook managed a slim gain from the IPO price of $38 when they debuted Friday, but then spent the next two sessions in free-fall. The stock finally righted itself Wednesday, climbing 4.5% to $32.40."

As IPO's go, this was quite a disappointment.
Naturally, wherever money is involved, lawsuits follow. According to the Forbes article:

Allegations cover whether the stock was knowingly overvalued or if investors were misled.

But here's an interesting angle;
I heard a very knowledgeable investor describe how the major financial networks played with Facebook in the lead-up to the IPO release. Financial networks like CNBC were slamming Facebook even before the release. It's like they just couldn't stand it and here's why:

The elites that puppet the country have no control over the most popular organizing tool in the world.

The damned thing was built in a college dorm room.
It didn't take any government money.
Wall Street doesn't control it.
Companies, organizations and even politicians have to use Facebook pages to be competitive in their field.

All this by some hoodie-wearing pot-smoking kids that don't give a shit about authority.
Zukerberg and his merry band of hackers have beat the system, and the system can't stand it.

So there is a possibility, nay probability that the elites have chosen to punish the outlaws, and from a report this morning on NPR the financial giant Morgan Stanley is being looked at very closely.
Remember, financial firms profit from "going short" on investment bets when stock prices go down also.

Now here's the kicker from the Forbes article:

"A separate lawsuit brought against Nasdaq OMX Group, alleges negligence on the part of the stock exchange operator, which delayed the initial trading in Facebook on Friday due to technical issues and then struggled to send execution confirmations notifying customers of completed trades for several hours."

So the stock exchange operators meddled with the IPO release. How much more direct can it get?

And now this, from the belly of "The Beast" itself, financial network CNBC:

"My heavens, who didn't conspire to deceive the public on Facebook [FB 31.90 0.90 (+2.9%)] First it was Nasdaq messing up the open. Then it was Morgan Stanley for not supporting the price, and upping the shares. Then, it was high frequency traders.
Now it's Morgan Stanley's technology analyst, who cut his revenue estimates on Facebook during the road show."

Years ago, I used to resent computer technology as a pending arm of "Big Brother" authoritarianism.
Then I realised that if anyone was prepared to stand up against a computer-driven "Big Brother" it would be the cyber-punks.

For all it's shortcomings and laying bare of public persona, the social network is a genie out of the bottle. The "powers-that-be" can't own or control it, it is a global people-powered super-entity and the elite are punishing it.
Posted by Dojo Rat at 8:27 AM 6 comments: 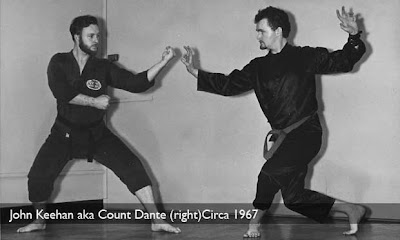 Film maker Floyd Webb has worked tirelessly against the background of personal and professional threats to complete his documentary on the legendary "Count Dante".
Dante is featured in the upper corner of the Dojo Rat Blog in reverence to the "kitchey" Karate atmosphere that grabbed many of us as youth. Dante's comic book adds promised power in the destructive techniques of his "Black Dragon Fighting Society", and no doubt inspired many of us to go on and discover the true martial arts that we would carry through life.

TRAILER FOR MOVIE AT LINK BELOW

Floyd Webb is getting very close to completing the project, here's a website for more background information.
Posted by Dojo Rat at 10:27 AM No comments: 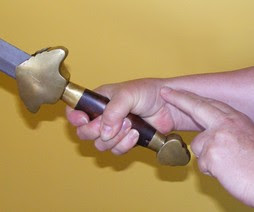 Last weekend was a crazy scene in Port Townsend Washington.
My training partner and I attended a seminar on the traditional 54-movement Tai Chi sword form, and nailed the last part of the form. It's beautiful, stylish and lots of great techniques are involved. As usual, our instructor Michael Gilman taught the class in great detail and the form is a gift to practice and explore for years to come.
But Saturday was also "Cinco De Mayo", a terrific evening for margaritas and Mexican food.
- And it was also the "Super Moon", a rare night where the full moon was closer to the earth than usual, and craziness was sure to break out. 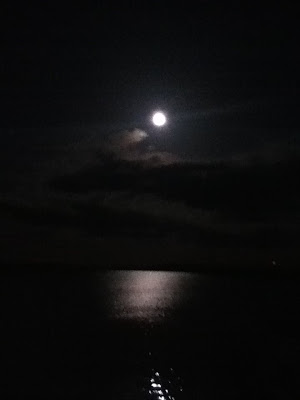 Port Townsend, along with San Francisco was one of the earliest West Coast seaports. It's where all ships had to clear customs to enter Washington State, and the town is flanked with Victorian houses and ancient brick buildings.
Long ago, high pressure water cannons were used to wash a long stretch of hillside into a marsh that was filled to provide room for the town. Here's the cliff and what's left of the hill: 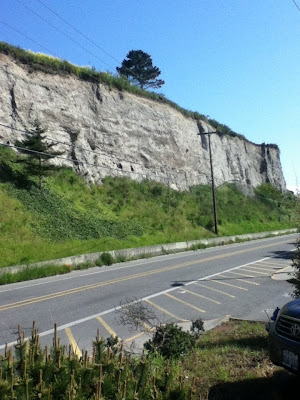 As a result, the ground is very unstable and there is worry that the sediment could "liquefy" in an earthquake emergency. It's not a happy forecast, as the West Coast is due for a major quake in the future.
So several of the roads and sidewalks have been torn up and are being re-fitted with structural supports which probably won't help much.
However, it did expose some of the "Shanghai" tunnels that were probably used for smuggling and other nefarious crimes as referenced by this website:

"Most of the buildings in the Downtown business district are the originals and many still connect to the underground tunnels that were once used to shanghai witless sailors." 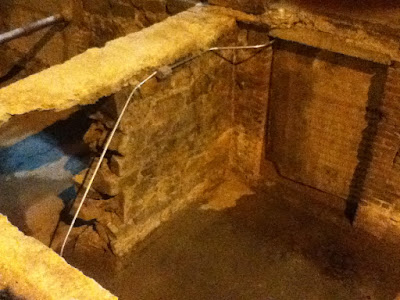 All very interesting, but sometimes history and modern-day events collide...

So my wife and I proceeded to put it in party mode, we were up at one of our favorite bars in town and there was a great rock band playing late into the evening.
After many, many Beers and vodka drinks, we went into the outside hall where the restrooms were near the entrance to the bar.
Then the weirdest thing happened, and I chalk it up to the Super Moon and the Shanghai tunnels:
As I walked out of the restroom, I looked across the hall to where my wife had been standing.
Except now, there was a guy grabbing my wife and trying to drag her through a door that we had never seen anybody use before.
Seriously, he had my wife by one arm and the back of the neck, and I heard him say "Come on in little girl, I'll show you what's down here"...
This all happened very fast; the guy was propping the door open with his shoulder as he pulled my wife, and I stepped up and palm-slapped the heavy wooden door right next to his head. I hit the door so hard I thought I might have cracked it, and he let go immediately. I looked down the stairway and saw two other guys on a landing halfway down. At the same time, an employee from the bar must have seen what happened and walked over. Everything ended quickly and the three guys left through the door several floors down.
I took this picture of the stairway, which we had never seen anyone use before: 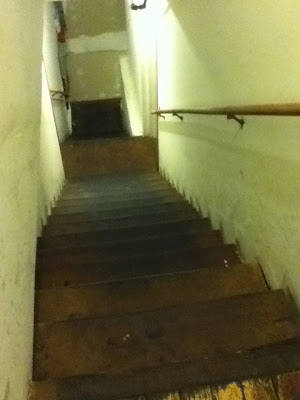 I don't know, these things often happen when you least expect it.
It's probably good that I hit the door instead of the guy's face, it probably would have killed him.
Posted by Dojo Rat at 9:31 AM 7 comments:

The Difference Between Xingyi, Tai Chi and Bagua

We attended another great seminar with our Tai Chi Chuan instructor Michael Gilman this weekend. In this session we completed the traditional 54-move sword form, but more on that later this week.

After the seminar several of the students gathered at our favorite watering hole, slammed beer and talked about the Chinese Internal Martial Arts. One of our friends came up with this quote from her instructor that was so good I wrote it down:

In Xingyi you wait for the opponent to come to the door, then you kick it in.

In Tai Chi Chuan, you wait for him to come outside, then you steal his key and let yourself in.

In Bagua you ignore the front door and move around the house to go in through a side window or back door...

More on the wild night of the "Super moon" and the crazy stuff that happened that night coming soon...
Posted by Dojo Rat at 8:32 AM 3 comments:

May: Cute Hippie Chick of the Month 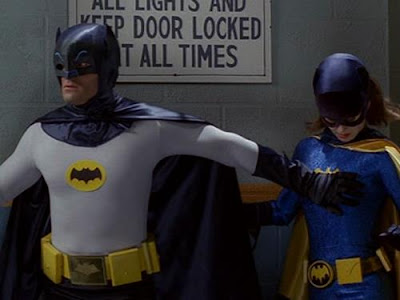 I actually met Adam West (Batman) while I was doing a job for some rich friends of his.
Nice Guy.

I also remembered that years ago I heard a radio interview with Burt Ward, who played Robin in the old TV show. It was hilarious; they were banging every actress that appeared on the show - sometimes at the same time.

The girl who waited on the dinner party during the visit where I met him said he was a big Rush Limbaugh fan.
Everybody has a dark side I guess...
Posted by Dojo Rat at 7:50 AM No comments: