Did "The Finders" Create a "Bourne Identity"? 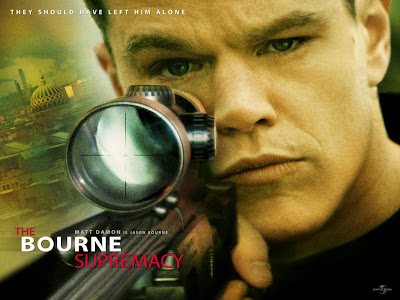 Suppose you have a thirty-year cult, run by a southern eccentric with ties to the Central Intelligence Agency.
Suppose that cult raised children in austere surroundings combined with advanced education, perhaps to be used by said intelligence agency?
Suppose that cult was investigated for child abuse/neglect but the investigation was shut down for "National Security" reasons?
Sound like something out of a movie? Young "Jason Bournes" being created, nurtured and trained for future use? Well, something like that seems to have happened in "The Finders" cult.
The unraveling of "The Finders" case brought to the forefront many long-rumored stories about possible child trafficking as well as those about children being trained for use as spies and assassins.
In February 1987, a tip to the police led to the arrest of two "well dressed men" in a park in Tallahassee Florida. The men appeared to be "supervising" a group of six disheveled and hungry children. The men, who were based out of Washington D.C., were charged with child abuse. The D.C. police raided a house and warehouse, where they found many items that implicated "The Finders" cult in international intrigue and what appears to be ritual sacrifice of animals. The children were temporarily moved to an undisclosed location under armed guard due to threats to authorities.
This all sounds like typical internet rumor-mongering, except the story was carried by The New York Times and U.S. News And World Report.
The smoking gun was a report by U.S. Customs agent Ramon Martinez. Customs was called in to investigate a possible link to child pornography or child trafficking, and the Martinez document is shocking. There were indeed photos of many children, some naked. This in itself is not surprising due to the commune-type upbringing of The Finders. There were also photos of members in white robes, with the children, in what appears to be ritual sacrifice of goats. The Finders claim it was merely typical harvesting of animals on a farm, but the children actively participated in the disembowelment.
At the time of the arrest, despite the "well dressed" appearance of the adult men, the children seemed to have no knowledge of such things as electricity and hot running water. In a strange twist, they seemed highly educated. Details of what was found in the warehouse and the customs report can be read in this report by Dave McGowan.
Other items seized from the finders included Telex messages about obtaining children from Hong Kong, international money transfers, and this, from the Martinez report:
"Further inspection of the premises disclosed numerous files relating to activities of the organization in different parts of the world. Locations I observed are as follows: London, Germany, the Bahamas, Japan, Hong Kong, Malaysia, Africa, Costa Rica, and 'Europe.' There was also a file identified as 'Palestinian.' Other files were identified by member name or 'project' name. The projects appearing to be operated for commercial purposes under front names for the Finders. There was one file entitled 'Pentagon Break-In,' and others referring to members operating in foreign countries".
Everything in this case points to a possible prosecution for child abuse, but the investigation was shut down for National Security reasons. 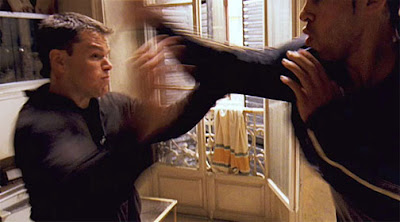 -------
Marion Pettie was the leader of "The Finders" cult. Described as a tall, well-built southern gentleman, Pettie maintained a large property in Culpepper Virginia and the locations that were raided in Washington D.C.
He has admitted that his wife had worked for the CIA and that his son flew for the CIA airline "Air America", long known for it's drug-trafficking exploits in Southeast Asia.
In an excellent interview in the Washington "City Paper", Pettie described his role as "Game Caller". He instructed his followers to live by the day, hour, minute. He would send them on "projects", often to foreign countries. All the Finders men dressed like FBI agents, in conservative dark suits. Not exactly your typical hippie-cult attire.
At the dawn of the computer era, Pettie recruited a talented computer engineer who trained members of The Finders in computer technology. They went on to run a project for - you guessed it, The CIA.
Pettie openly admits that he ran a safe house for members of intelligence agencies, from The Office of Navel Intelligence, to the OSS, to any spook that needed a place to hang out. He claims he would "study them".
--------
Michael Phillips photo of "The Finders" 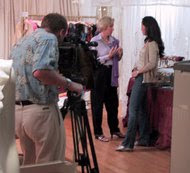 The children that were found in the park with the "well-dressed men" were returned to their mothers and the cult. The investigation was dropped.
The most recent information I could research on The Finders was a blog post by a guy named Michael Phillips. Phillips claims to have met The Finders in San Francisco in the 1970's. Phillips respects the group, and thinks they had innovative ideas. Several Finders-type comments followed his blog post, one saying that Pettie and other founding members were now dead, and thanked him for the kind words. Phillips had just proof-read a 550-page manuscript of a book on the finders by member Robert "Tobe" Terrell.
Another questionable report on a New Zealand Indymedia blog said that The Finders had relocated to Taiwan. I don't know about that.
--------
We will never know the true story of "The Finders", what they were training the children for, or the source of their wealth. The Washington "City Paper" article says that some former members were suing Pettie and the remaining estate of the cult.
The articles I researched are split into at least three categories. The right-wing writers focus on Satanic ritual abuse. The left side suspects the children may have been programed to be spies or assassins. People like the blogger Phillips suggest they were just elaborate role-playing adventurers.
It is well known that intelligence agencies run programs resembling The Finders, such as the Kool-Aid massacres in Jonestown. It's easy to pull a Sirhan-Sirhan or Lee Harvey Oswald out of these groups when they need one.
But let's close with this chilling conclusion to the report of U.S. Customs officer Martinez:

"On April 2, 1987, I arrived at MPD at approximately 9:00 a.m. Detective Bradley was not available. I spoke to a third party who was willing to discuss the case with me on a strictly 'off the record' basis.
"I was advised that all the passport data had been turned over to the State Department for their investigation. The State Department in turn, advised the MPD that all travel and use of the passports by the holders of the passports was within the law and no action would be taken. This included travel to Moscow, North Korea, and North Vietnam from the late 1950s to mid 1970s.
"The individual further advised me of circumstances which indicated that the investigation into the activity of the Finders had become a CIA internal matter. The MPD report has been classified SECRET and was not available for review. I was advised that the FBI had withdrawn from the investigation several weeks prior and that the FBI Foreign Counter Intelligence Division had directed MPD not to advise the FBI Washington Field Office of anything that had transpired.

"Through A Glass, Very Darkly", U.S. News and World Report

"Finders Keepers" Dave McGowan
Posted by Dojo Rat at 8:38 AM

Funny!
I stayed with Finders, of course, with my dad Michael Phillips and my sister when I was 10. It was fun. All those hippies in suits. They were a community center in Washington DC with info about every possible counter culture resource. Because they made it widely known that they would help anybody at any time for any reason, it was a fun place to be. People would come in saying they needed a couple of guys to move a sofa, done. Bigger crazier jobs too of course. All the time. When you are that helpful people throw money at you, it was really interesting to see.

I don't know if you remember but devil worship back then was kind of like global warming today. Everyone seemed to believe it was happening and so they pointed a lot of fingers. I know a guy who was arrested for devil worshiping near Fishermans Wharf here in San Francisco, he had to explain to the hearing judge that Yang Style Tai Chi Chuan is an internal martial art from China...good for your health!

P.S. I can neither confirm nor deny any involvement with the CIA.

Look for Gary Caradori and connection between king and the finders.